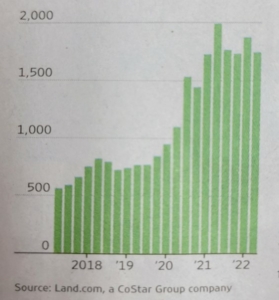 Number of sales of undeveloped land in Sunbelt states, quarterly 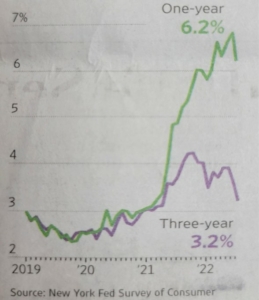 Median expected inflation rate one year and three year ahead